Early in my career, I was interviewed by the fierce and fabulous Natalie R. for the popular drag website, The Drag Enthusiast, which features penetrating, illuminating interviews with the controversial Jayy Von Monroe, rumored next season Ru Girl Kim Chi and club kid legend James St. James.

Check out my interview by clicking “(more…)”! 💋 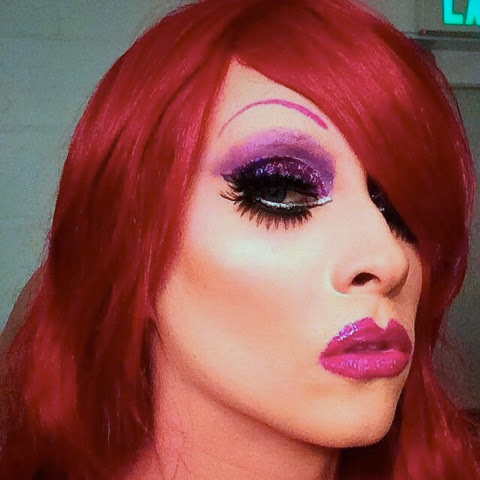 Bendovah is someone I just found a few months ago from a fanpage I run for a Drag Race queen and she’s one of the most nicest and humble queens anyone could ever spend their time talking to. I found her when she just started drag and she’s already improved a lot and I can’t wait to see her grow more.
1. Describe your drag persona 🙂
BENDOVAH is a scamp, camp, and a bit of a tramp, she is a V-A-M-P… vamp. She adores high glam and twirling on the kids, so you could say she’s fancy and dancey. 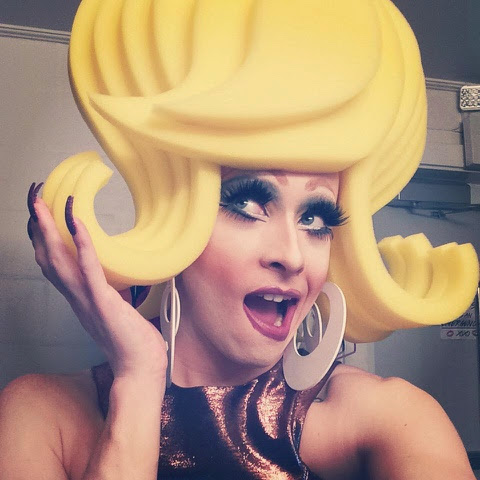 2. How long have you been doing drag?
My first time in drag was for an undergraduate drag show when I was 21. I was “Salexica, silken sex goddess”! My drag career launched under the name “Bennifer” for the RuPaul’s Drag Race season six finale May 19, 2014. Bendovah has been performing since July.
3. What is the biggest lesson you’ve learned so far?
KEEP AN OPEN MIND. You have SO much to learn and SO much you don’t know. My drag grandmother, Kimi-San DuMi of Tucson, instilled in me that principle.
4. Where does your drag name come from?
My drag mother, of course: Miss Jewels A. Plenti of Los Angeles. She wanted the name to be super Jewish (and true to my bedroom activities, haha). Ben-dooooooooooo-vah. Like buttah!
5. Who is your biggest inspiration and why?
Adore Delano was the first. There’s something really candid and honest about her drag that makes you feel like you can drag up, too. So, I owe a lot to her. 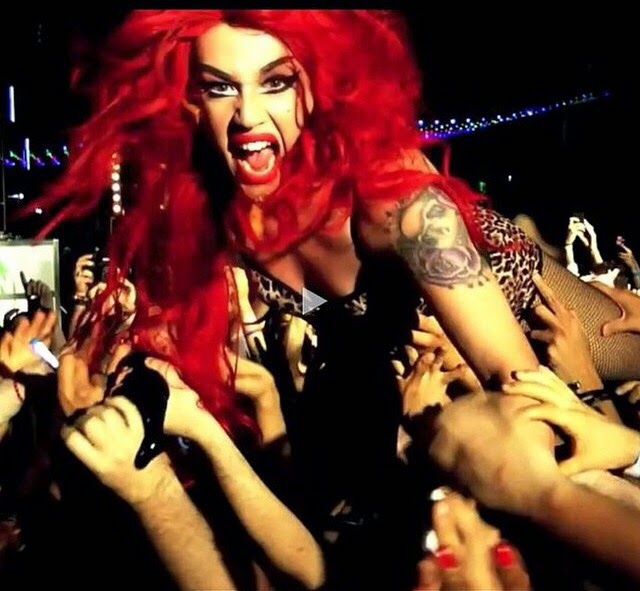 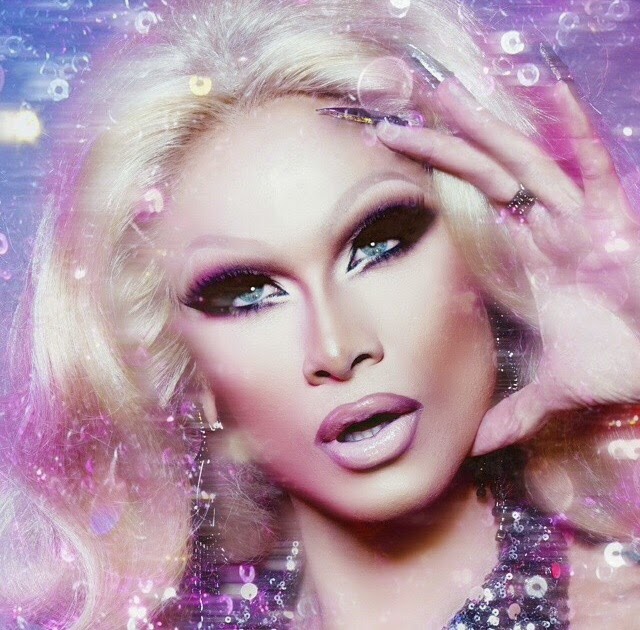 6. How has your family reacted to you doing drag?
Biological family? It is what it is.
7. What was your childhood like?
I had a great childhood! Every day of 1997, 1998 and 1999, I was obsessed with the Spice Girls. Wanting to be a Spice Girl, it’s not all that surprising I became a drag queen. haha 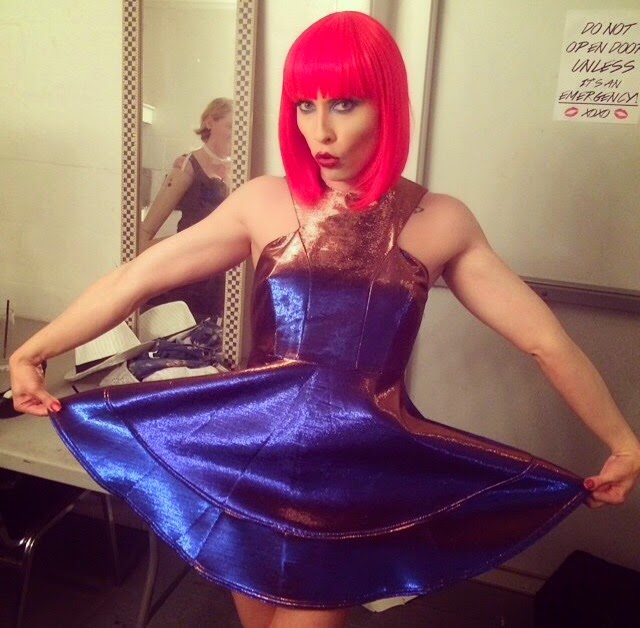 8. What’s your favorite makeup product?
If I had to pick one, I’d say the Nyx ® Curve ™ Liner. AMAZING. But I’m also in love with the beautyblender®. ESSENTIAL. GOOGLE IT.
9. Where do you see yourself in 10 years? What are your future goals?
I would like to be living on the west coast, performing full-time as an entertainer, branding my name. I would like to have appeared on (and ya know, maybe won) a season of RuPaul’s Drag Race! 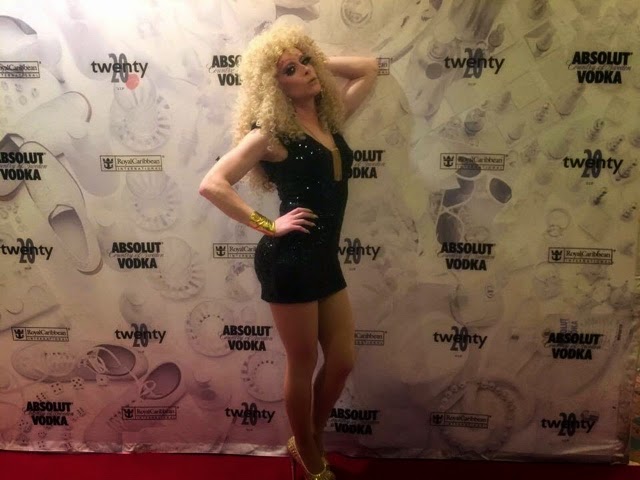 10. What is one crazy thing that no one knows about you?
When I was fifteen, Cher was on her Farewell Tour. In my closet, I had scrap pieces of fabric my grandparents bought me for a school project a few years prior. I would lock my door, hide in the closet, and put on scraps of fabric and pretend to perform the whole Farewell Tour I had on CD. Through the bedroom window, my sister swears she once witnessed me do this!
11. What is your most embarrassing moment?
Probably when I sharted in my khakis at school in seventh grade – the kind of thing to scar a young ladyboy! 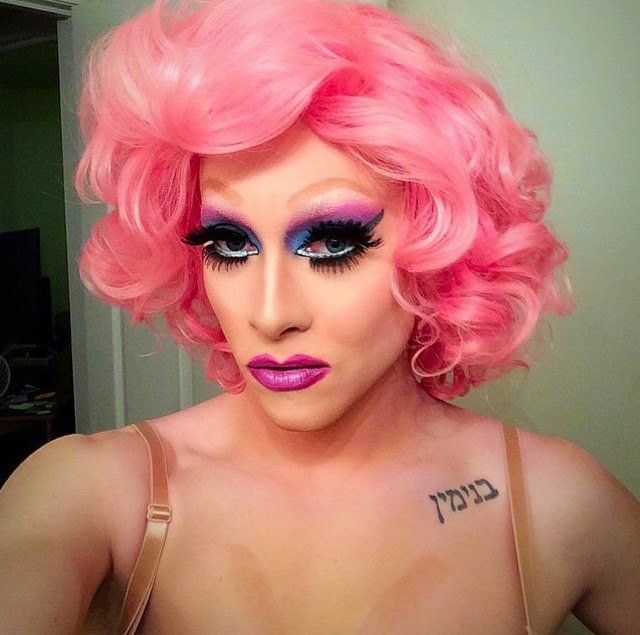 12. What is your favorite thing about the drag community? Least favorite thing? Why?
I love the acceptance of the drag community. We’re men in dresses and it’s NORMAL.
I’d have to say my least favorite thing is unpolished queens who don’t try harder!
13. Do you ever plan on auditioning for Rupaul’s Drag Race or do you think the show isn’t for you?
Ha! Refer to my answer for #9. I would love to audition for RPDR. Since it’s only been about three months I’ve been performing, I’m afraid I’d go home first like Shangela, season two. 😉 Give me a couple years. 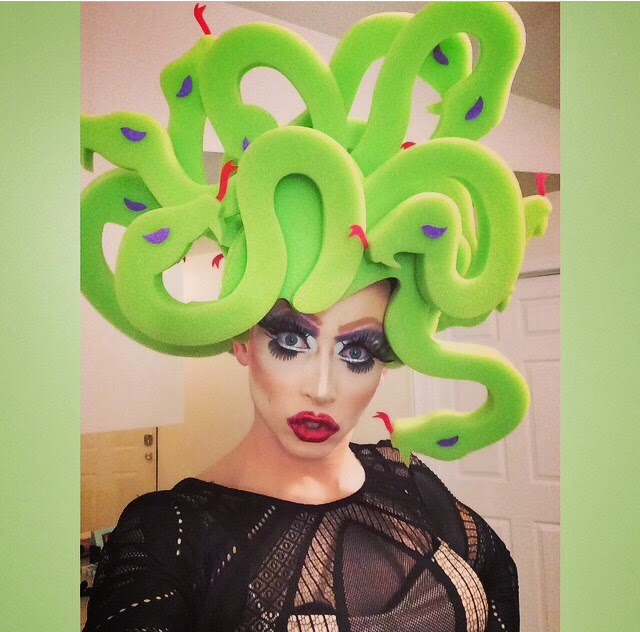 14. What is the biggest obstacle in your life that you have overcome?
Ask me again in five or ten years. Or ask my shrink. lol
15. What kinds of things do you do in your free time?
I love to binge-watch television, but it’s like sweets: You can get sick if you overindulge. Listening to music soothes me; singing along is great therapy. I think I’m a great singer; when I was sixteen, I wanted to be a pop singer – but I had the grades to be a doctor or a lawyer. 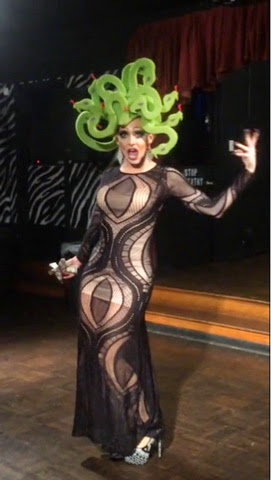 16. What is your favorite memory?
One of them is taking on Disneyland in Anaheim with Jewels, my drag mother, in December 2012. Best birthday ever.
17. If you could change anything about yourself, what would it be and why? What do you think is your best quality?
The great thing about drag is you can change anything about yourself that you want to. But, if I win Drag Race, I’m getting some lip filler, haha. I see you, Sharon! 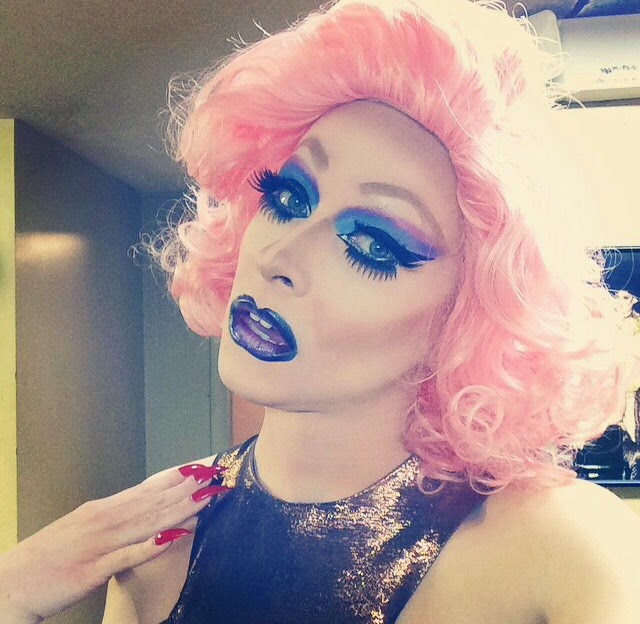 18. If people wanted to see you perform, where would they go?
You can see me (most) Wednesday nights at 11PM EST at The Back Door, Bloomington, Indiana! But, if you can’t come see me twirl on the children, you can catch my channel on YouTube: http://www.youtube.com/user/justbendovah! 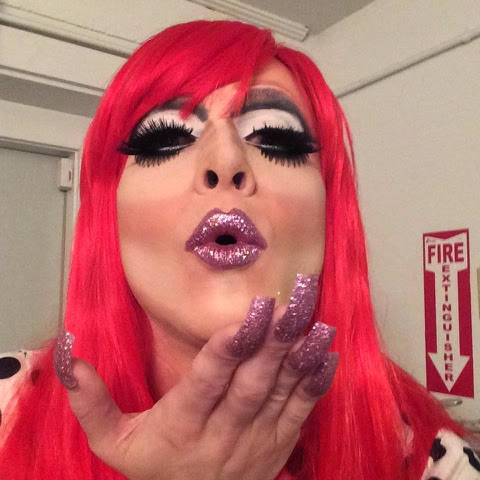 “When you need it most, just Bendovah!” For five years in south central Indiana, Bendovah Plenti volunteered for events which raised awareness and money for community resources for HIV/AIDS. She won Miss Gay Evansville 2016 and 1st Alternate to Miss Gay Indiana 2016.